The same baseball blog editor who tried to force his politics on sports fans now is pushing for MLB to become a totalitarian and undemocratic persecutor of falsely accused baseball players.

Henry Druschel, Co-Editor of Beyond the Boxscore baseball blog is mad that MLB doesn’t supersede it’s jurisdiction over employment matters – and wants innocent baseball players to suddenly be MORE vulnerable to false accusations by opportunistic or disgruntled women because – …well, he knows better than everyone else.  And just the LACK OF ACTION – regardless of any evidence – is enough for these players to be irreparably penalized to make him feel better.  You can read his screed here.

I was going to simply ignore it until he brought up my Cub’s Addison Russell.  Without knowing ANY of the facts of the case, he uses Addy as an example of this statement:

But the problem with MLB’s approach to DV is not just the possibility of harm to victims. The rigidity displayed by the league in formulating responses to violence and abuse means that punishment of offenders is pursued to the exclusion of all other options. The sorts of actions that can bring about actual enduring change and good — for victims, potential future victims, and everyone who is touched by domestic violence — are almost entirely ignored. We are all worse off as a result.

Addison Russell may only be guilty of an ill-intended, self anointed crusader friend of his wife who knew the damage such an accusation would cause.  The Cubs have even reached out to Mrs. Russell and after talking with her have allowed Addison to join the team.  Clearly they didn’t see any pending problem – yet blowhard Henry imposes his own “feelings” to the point of calling for further, fact-less, PR lynching of one of the best young players in the game.

Of course he mentions the case of Aroldis Chapman who everyone assumes is guilty because MLB imposed sanctions.  Funny thing though.  Chapman never admitted guilt. He was never prosecuted.  Even police investigating the incident couldn’t find ANY family member to support the allegations of the (then) girlfriend – INCLUDING ANY PHYSICAL INDICATION SHE HAD BEEN HARMED AS SHE SAID.  By the way – it must have been SO horrible that …they still live together with their children.  And yet every baseball writer uses it as an “example” of domestic abuse when there is literally  – ZERO evidence there was.  (And no, firing a registered gun in your own garage at NO ONE is not evidence of intent.)

It is truly disgusting how unhinged and dangerous this baseball “journalist” is to not only the players, but the MLB itself.  My full comment to his post below. 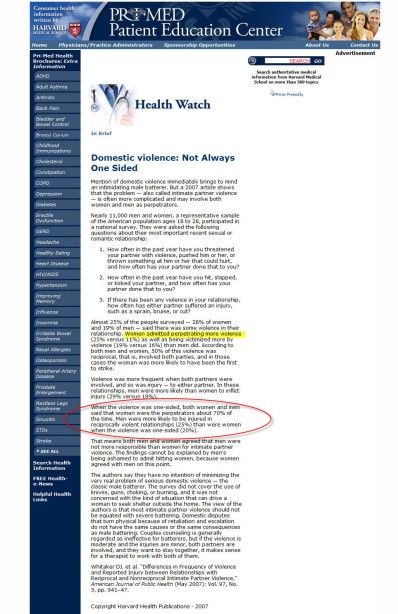 Wow. The lack of true journalism and the preponderance of ignorance in this piece is mind boggling. Worse, the assumption that the accusation of domestic violence by a famous athlete’s wife or girlfriend is evidence of guilt is …medieval sophistry.

Worse, the article and comments go on to describe dozens of cases where these women knew they could get away with verbal and physical assaults on men – and get away with it – because of the misperceived societal assumption perpetuated by the various liberal movements. FBI statistics show 43% of Women are convicted of all domestic violence.

According to the CDC, in 2014 over 670,000 MORE MEN were victims of domestic violence than women. Harvard has also published a report showing that most domestic violence is incited by women. This is not to say that there isn’t REAL violence against women and that those men who perpetrate such acts shouldn’t be fully prosecuted (and castrated in my book.) But the ignorance perpetuated by this column in light of the plethora of cases where women have lied about even rape (Duke Lacrosse players, ATL Falcons Brian Banks, 2009 Hofstra Univ case, etc) is inexcusable.

In cases of rape, Purdue sociologist Eugene J. Kanin reported that in 41% of the cases the complainants eventually admitted that no rape had occurred. SLATE.com (hardly a non-liberal leaning news site) covered this extensively a couple of years ago. (Google SOMETIMES WOMEN LIEABOUT RAPE).

Documentary film maker Cassie Jaye who has won awards for her docs on Hunger and LGBT rights – released an eye opening film called THE RED PILL (Amazon) which originally was meant to investigate “The Men’s Movement.” The film is gripping as she is faced with her own biases and presumptions and lies from very famous institutions perpetuating the myth that the overwhelming predominant cause of domestic violence comes from men.

Your mere mention of people like Addison Russell – who not only have not been charged with any crime INCLUDING by his own estranged wife – is a false accusation of libel in the context in which you state it and could cost him millions in income merely by the false presumption of guilt. Just in case you think I’m overreaching – watch this video of how a man’s entire career was stolen from him by such an incident from a greedy vindictive opportunist girlfriend.

Put your torch and pitchfork down for a moment and get educated on the complexity of the issue before trying to sully the name of dozens of athletes who are the actual victims here. After you’ve done so – contact me so I can help you with your effort to make sure that ONLY the guilty perpetrators are penalized.